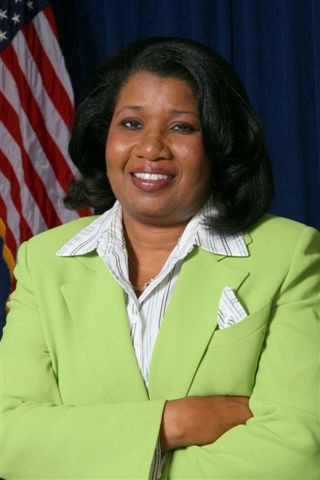 Gwendolyn J. Williams was promoted to the position of Executive Assistant Prosecutor on March 24, 2017.  Her job responsibilities increased to include assuming the responsibility for support staff issues including hiring coordination and collective bargaining as well as other administrative tasks. In addition, Ms. Williams the responsibilities under her position of Deputy Chief Assistant Prosecutor.   Ms. Williams served as a Deputy Chief Assistant Prosecutor in the Essex County Prosecutor’s Office, Newark, NJ from July 1, 2013 to March 23, 2017.  As Deputy Chief Asst. Prosecutor, she was responsible for the supervision of the following units:  Victim Witness, the Juvenile Trial Unit, The Community Justice Unit, the Drug Court Unit and the Mental Health Unit.   She served as the Director of the Juvenile Trial, the Community Justice Unit and Drug Court Units in this office.   As the Director of the Juvenile Trial Unit she supervised a staff of six attorneys, five detectives, six clericals, two victim witness advocates and several law and college interns.  The Juvenile Trial Unit is responsible for handling matters that concern juveniles in the criminal justice system in Essex County.  As Director of the Community Justice Unit she is responsible for supervising one Community Justice Coordinator.  Ms. Williams has been apart of such programs as The Greater Newark Safe Cities Initiative, The Gun Strategy Program, The Trigger Lock Program, Weed and Seed, Fugitive Safe Surrender, the World Against Violence (W.A.V.) Youth Conferences, the Summer Youth Internship Program, the Speakers Bureau, and, several other programs that are encompassed in her Unit.  She meets with community residents and leaders to discuss pertinent quality of life issues regarding their various neighborhoods.  As Director of the Drug Court Unit she supervises one attorney and one clerical. The Mental Health Unit has one attorney assigned to it.  Both units share an additional attorney on a part-time basis.    Defendants are seeking admittance into a Drug rehabilitation program which has several different phases – dependant upon their drug addiction. The defendants who apply for admittance into the Mental Health Unit have mental illnesses, such as depression, bipolar and/or schizophrenia.  Both the Drug Court and the Mental Health Units are alternatives to incarceration.  Their goal is to help defendants become positive members of the community by addressing their addictions or their mental health conditions and helping them to turn their lives around.

Ms. Williams has been an Assistant Prosecutor since 1993. Prior to becoming Director of the units mentioned above, she was one of two Directors of the Consolidated Pre-Grand Jury Unit.   She was a member of the Adult Trial Team and was a Senior Trial Team Attorney.  She has tried a variety of cases from Thefts to Homicides.  Ms. Williams has served as a Part Time Lecturer at the School of Criminal Justice, Rutgers University, Newark Campus from 2015 to present.  She served as an active member of the National Black Prosecutors Association since 1994, serving as Regional Director of Region 6 from 1997-2002. She is a graduate of the University of the District of Columbia Law School formerly known as Antioch School of Law in Washington, D.C.  She received her B.A. in Political Science from Rutgers University, Newark, NJ.