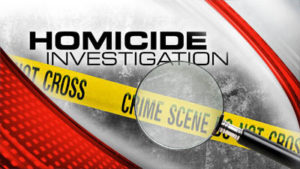 The Homicide Task Force is the oldest specialized unit in the Essex County Prosecutor’s Office. The Task Force was created to ensure that there exists close cooperation between the local police departments and the Prosecutor’s Office whenever a homicide occurs within Essex County. The Homicide Task Force’s role is to ensure that evidence for homicide cases is developed in a legal and professional manner. The goal is to develop the best case possible for trial.

The Homicide Task Force is also responsible to investigate and prosecute vehicular homicide incidents, i.e. fatal vehicle collisions or other related incidents where criminal liability is implicated as well as arson-related incidents under the auspices of the Crash & Fire Investigations Unit (C.F.I.U.) Also, it pursues matters that are designated as Special Investigations. There are times when a death occurs under circumstances that do not immediately indicate that a homicide was committed but nonetheless require an investigation to determine if someone was legally responsible for the death. Special Investigations may also include matters involving: ATTEMPTED MURDER; WITNESS TAMPERING; OFFICIAL MISCONDUCT; ORGANIZED CRIME ACTIVITY; STREET GANG ACTIVITY; and MISSING PERSONS.

Since the Homicide Task Force is responsible for investigating homicides in Essex County in conjunction with the local police departments, an established protocol sets forth the procedures for local police agencies to notify the Prosecutor’s Office that a homicide has occurred. • Once notified that a homicide has occurred, Detectives from the Crime Scene Unit and Homicide Task Force respond to the scene and work with the local police. They participate in every aspect of the investigation, including examination of the scene, preservation of evidence, questioning of witnesses and suspects, and meeting with the Medical Examiner.

• The on-call Supervisor provides any necessary support, supervision, or direction as may be required in the investigation.

• The on-call Assistant Prosecutor is responsible for providing such legal advice and assistance that may be necessary to further the investigation. This includes assisting the Detectives in obtaining search warrants, detention orders, and arrest warrants. Once an arrest occurs, the Assistant Prosecutor is responsible for preparing the matter for the Grand Jury presentation.

• The Secretarial / Clerical / Legal Intern staff assists the legal and investigative staff in every aspect of the investigations and trials.

In addition to criminal homicides, the Homicide Task Force, along with the ECPO Professional Standards Bureau and the Critical Incident Response Team is primarily responsible for investigating all police shootings that occur within Essex County. Generally, if the shooting is fatal, an Assistant Prosecutor in the Homicide Task Force will ultimately present the matter to the Grand Jury consistent with the directives of the New Jersey Division of Criminal Justice. Non-fatal police shootings are ultimately referred to as the ECPO Professional Standards Bureau. The Homicide Task Force also responds to all incidents when a police officer is shot. The Squad also conducts Special and/or Confidential Investigations as may be assigned. Finally, the Task Force acts as a clearinghouse for the Kroll review cases that are homicide related, as well as Post Conviction Relief cases regarding homicide convictions.

Detectives from the Newark, East Orange, Irvington, and Orange police departments; the Essex County Sheriff, Rutgers PD, NJIT PD, and the New Jersey State Police have been assigned to the Homicide Unit pursuant to a Memorandum of Understanding, and conduct investigations in the county. All homicides, death investigations, and police shootings throughout the county are investigated by the Homicide/Major Crimes Task Force. Having municipal and state detectives co-located in the Homicide Unit allows for continuity of investigations and eliminates duplicative efforts by county and local officers.

Anyone with information regarding a homicide can do so anonymously through the Homicide Tip Line.