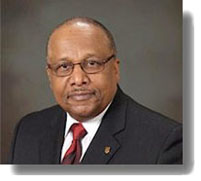 “Today, I am proud to appoint Ted Stephens to serve as Acting Essex County Prosecutor,” said Governor Phil Murphy. “Ted has dedicated his life to public service, and his years of experience and knowledge will allow him to serve as a strong leader in this role. I look forward to working with Ted as he fulfills the mission of seeking justice for the people of New Jersey.”

“I am deeply honored to be given this opportunity to serve the people of Essex County as Prosecutor and am grateful to Governor Murphy for his confidence in appointing me to this critical role,” Stephens said. “I look forward to working with law enforcement and the community to ensure that the vital mission of promoting safety and justice in Essex County will be performed in accordance with the highest standards of integrity, excellence, and service.”

The Acting Prosecutor began his judicial career in 1994 when he was appointed a judge of the East Orange Municipal Court. In 2004, he was then appointed to the bench of the City of Orange Township Municipal Court.

“Every day each of the twenty-one prosecutors appointed to serve as their individual county’s highest law enforcement officer is tasked with investigating crimes, prosecuting difficult and varied cases, and working with local police departments,” said New Jersey Attorney General Gurbir S. Grewal. “I would like to thank Acting Essex County Prosecutor Bob Laurino for his tireless service to the citizens of Essex County and I look forward to working with Ted Stephens as he takes on this critical role. Together we will work to strengthen the relationships between the police and the communities they serve, to reduce violent crime, and to fight the opioid crisis.”

Acting Prosecutor Stephens earned his Bachelor of Arts Degree from Glassboro State College and a Juris Doctor degree from Seton Hall University School of Law. He is a lifelong resident of New Jersey.