Man Sentenced To 20 Years For Carjacking

On March 20, 2012, the victim, a 53-year-old Livingston man, was carjacked by Battles in the parking lot of a fast food restaurant on Main Street in Orange. Battles entered the vehicle from the passenger side and forced the driver out of the vehicle. Orange police initially followed the car because it was driving erratically and at a high rate of speed. The vehicle later collided with another car at which point it was determined that the speeding car was the carjacked vehicle.

Following a two week trial, a jury found Battles guilty of carjacking after deliberating for an hour and a half. This is his second felony conviction.

“A 20-year sentence is entirely appropriate based on the violent nature of carjacking and because the crime was committed by a convicted felon,” said Assistant Prosecutor Brian Matthews who tried the case. “I commend the Orange Police for their outstanding police work resulting in this successful outcome.”

Under New Jersey’s No Early Release Act, Battles is required to serve 17 years of his 20 year sentence before he is eligible for parole. 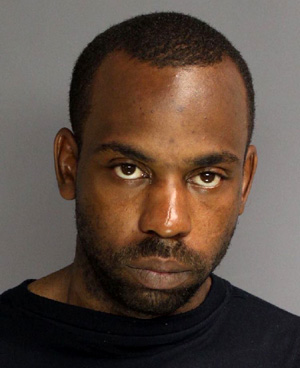