Following a two week trial, the jury returned a verdict this morning finding Williams guilty of one count of carjacking a 21-year-old West Orange man.

Assistant Essex County Prosecutor Jamel Semper, who tried the case, said on June 24, 2011 the victim was putting air into the tire of his Infiniti at an Exxon gas station in West Orange when Williams suddenly entered the vehicle. The victim began to struggle with Williams, who then accelerated the vehicle out of the gas station. As Williams accelerated at a high rate of speed, the victim attempted to pull Williams out of the Infiniti; but was dragged 45 yards into oncoming traffic. The victim’s leg became trapped underneath the vehicle as he was clinging onto the driver’s side of the Infiniti. The victim was able to avoid being struck by oncoming traffic by letting go of the Infiniti and rolling to the side of the road.

The Infiniti was recovered five days later in Newark, approximately two miles from Williams’ home. When the vehicle was processed by West Orange police, Williams’ DNA was discovered on a cigarette and a soda bottle found in the car.

“We had a smart jury and a brave victim who was willing to come to court and face the man who did this to him. The combination of the two provided for a just verdict,’’ said Assistant Prosecutor Semper.

Williams has four prior felony convictions in New Jersey and one in North Carolina. He is awaiting trial for a second carjacking in Newark. In that case he is accused of shooting a 50-year-old Newark man and taking his car in October 2011.

During the trial, bail was set at $250,000. Following the verdict, Judge Ravin revoked Williams’ bail. Williams is currently been held at the Essex County Correctional Facility in Newark.

Sentencing is scheduled for Nov. 8th. The state will ask for the maximum penalty of 30 years, Assistant Prosecutor Semper said. 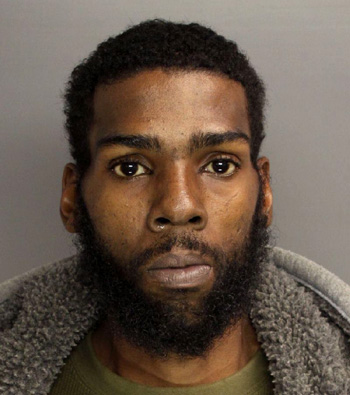