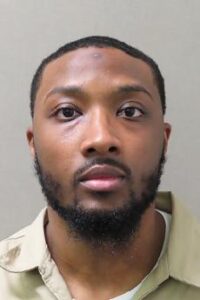 The victim’s father and sister last saw her on the evening of Oct. 7, 2016, as she was leaving the family home in Newark. She was reported missing but efforts to locate her were unsuccessful. On April 19, 2019, decomposed human remains were discovered face down on the second floor of an old carriage house on Main Street in Orange. An autopsy revealed the cause of death to be homicide by ligature strangulation. The remains were positively identified on Nov. 5, 2021 as those of Doumbia.

Following an investigation involving extensive digital evidence, it was determined that on October 7, 2016, Wheeler Weaver met the young girl online and solicited her to meet him in person for sex. It is alleged that he traveled to the area of her residence then to the murder scene where he strangled her to death and left her remains concealed within the vacant building.

Today, Wheeler Weaver was formally charged with her murder.

In addition to the Homicide Unit, the Essex County Prosecutor’s Office Cold Case Unit assisted in this case.

These are allegations. All defendants are presumed innocent unless and until they enter a guilty plea or are found guilty beyond a reasonable doubt in a court of law.