Newark – Acting Essex County Prosecutor Carolyn A. Murray and Newark Police Director Eugene Venable announced today that Kaseem Callender, 18, of Newark and a 17-year-old juvenile have been arrested for the murder of Raheem Hughee, 33, of East Orange.

On June 28, Hughee was shot and killed in the area of 41-45 Mountain View Avenue in Newark.

On July 17, a juvenile, who is not being named at this time because of his age, and Callender were arrested for the murder.

Callender is being held at the Essex County Correctional Facility on $500,000 bail. He is scheduled to make his first court appearance tomorrow morning before the Honorable Ronald D. Wigler, Presiding Judge of the Essex County Criminal Division.

The investigation, which is active and ongoing, was conducted by the Newark Police Department and the Essex County Prosecutor’s Office Homicide/Major Crimes Task Force, which includes Newark Police officers.

These are accusations. All defendants are presumed innocent unless and until they enter a guilty plea or are found guilty in a court of law. 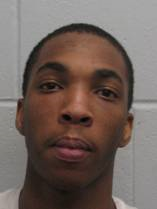